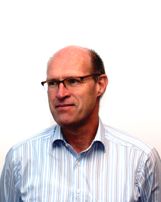 My name is Paul Bles, born February 9th 1958, married with Nicky and together we have 2 beautiful daughters and meanwhile 2 grand-daughters. I’m astronomer by education but I’m working already for 37 years with Philips – Origin – Atos. I grew up in Huissen and started cycling when I was 17 on the hills and dykes in the region of Arnhem/Nijmegen. When I was studying in Leiden my bike (Batavus Criterium, earned with newspaper delivery) stood next to my bed. I started to ride again with colleagues on my 30 year old Batavus in 2005 and now I’m riding a Specialized Roubaix SL4 and have become a member of ToerClub Woensel in Eindhoven.
I cycle the AtosTour since 2006.

I am Clem Van Hees, born on May 1, 1946. I have worked 38 years successively at Philips, Origin and Atos Origin in 13 different ICT jobs.
In 2006 I stopped working and started cycling intensively.
My time is well filled with a number of other things.
Since 2006 I have cycled the AtosTour 11 times and since 2017 I am a driver of the tour director.
That way I keep in touch with former colleagues. 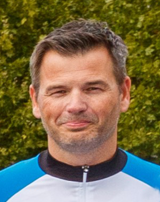 My name is Mischa van Oijen, born on August 13, 1974. I have been working at Atos since 1999. In 2014 I had knee surgery. The doctor advised me to go cycling. I was addicted from the first moment. In 2019 I rode my first tour. What a fantastic event! At the moment I am performing a number of tasks for the AtosTour. I am involved in the communication, innovation and organization of the Virtual AtosTour. The virtual AtosTour was created at the time of Corona, we then cycle with a group of people in a virtual world on the Zwift platform. 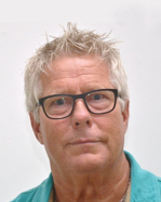 My name is Frans den Oudsten, born March 14th 1953 in Haarlem, married with Tineke and together having 2 lovely daughters and a son.
After 20 years of successful Atos employment in various roles, I have retired in 2017.
Sport is in my genes and 12 years ago cycling proved to be the only sport I could survive with 2 damaged knees.  I got inspired by cycling and became the chairman of Stichting Fietspromo in Maassluis. After 10  participations in the AtosTour I have joined the committee that is organizing this beautiful tour. 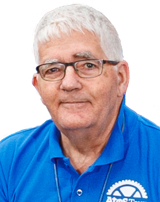 I am Gerrit Rorije, born January 12, 1944. I am married and have a son and grandson.
Have been a retired Atos employee since 2004, after that my hobby is the AtosTour.
I hope to organize the 17th  edition in 2021.
I am very happy with the entire coaching team for 16 years of making the AtosTour a good international social event.
I also make an annual video and video clip of the AtosTour. A lasting memory of a fantastic event.
The AtosTour is experienced by many as a real “Classic”. 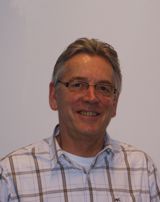 My name is Ger Thijssen, born on the 12th of July 1950 and living in Eindhoven. I’m married with Anyke, we have 2 children and 6 grandchildren.
As of 1986 I worked with Philips, Philips C&P, Origin, Atos Origin and Atos. Since October 2015 I enjoy my retirement.
Motorcycling stole my heart. I’m always in for a ride on my BMW R1200RT. Other hobbies are traveling with our caravan, the SAAB 96 old-timer and photography. In 2009 I joined the team of motards. Since then I have contributed to this fantastic event with lots of pleasure and enthusiasm.
Since September 2011 I’m a member of the AtosTour committee. My main tasks are coordinating the support team and the organization of the finish ceremony of the AtosTour. From its foundation in April 2019 I fulfill the role of chairman of the AtosTour Foundation.